Xochitl-Julisa Bermejo is the author of Posada: Offerings of Witness and Refuge, a collection of poems that spans family history, Mexican-American life in Los Angeles, visual art, and her experiences as a direct aid worker in the Arizona borderlands. Both her parents crossed the border as children, stories that she recounts alongside the dangers of today’s desert crossings.

I met Bermejo at the New Orleans Poetry Festival this spring. I saw her at the Sundress Publications table with her book, which had been on my radar for a while, and she was happy to sign a copy for me. When I opened the book later, I saw that she drew the Virgin of Guadalupe – the same sketch she once drew on water gallons in the Arizona desert so that migrants would know that the water was safe to drink.

Bermejo curates HITCHED, a reading series in East Los Angeles. She also cofounded the literary organization Women Who Submit, which seeks to support women writers through the submission and publication processes.

I talk to Bermejo about borders, the multiplicity of immigration stories, and what it means to be at home. – Teow Lim Goh

In the opening poem “Solano Says Goodbye” you write, “I’m ready now to turn around, pack up, and find a place more like home. I leave this for those who wants to find home too, but don’t.” What does home mean to you?

Home means security. Home is a place (not necessarily a physical place) where you can go to feel at ease and cared for. It’s a place where you can close the door on the rest of the world and let go of your worries for a bit. It’s the place where you feel most safe. I know plenty of people have never had a place like this, but it’s my belief that everyone should have the right to have this or at least given the opportunity to have this.

You draw on the work of visual artists such as Frida Kahlo and Eloy Torrez, but you keep returning to Don Normark’s Chavez Ravine, 1949, a book of photographs of a remote Mexican-American community on a hill overlooking downtown Los Angeles. In 1950, the residents of Chavez Ravine were forcibly relocated to make way for the Dodger Stadium. In what ways do these “Chavez Ravine ghosts” speak to you?

I used to like to walk around the hills of my house when I lived in Solano Canyon and take note of the ruins left behind in the area. You can still see the bases of houses, left behind front steps, abandoned city stairwells. They represent a life that no longer exists, and yet, the Mexican-American culture in Los Angeles persists. 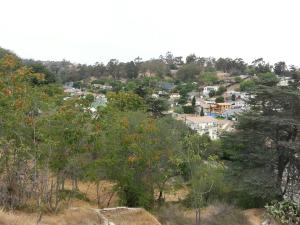 My father was born in Teocaltiche, Mexico in 1943. He and his family migrated to Los Angeles in the late 1950s, and yet I feel there is a string connecting the people in Normark’s photos to my family in Mexico. This life in Mexico no longer exists and yet, our family persists. I don’t know, I guess I like to look at the photos of those children playing in the hills of Solano Canyon, and I like to wonder what my father was doing at that same exact time in Mexico. I also wonder if the families of Solano Canyon and my family ever crossed paths.

Our prevailing discourse on immigration often refuses to acknowledge the impact of our policies on immigrants and our families. In the poem “My Mother’s History, or Pieces I’ve Gathered So Far,” you write of your mother crossing the border as an infant and the silences she keeps around her experiences. How did you enter this poem?

This poem was one of the last ones I wrote, if not the last one. When I first began writing about my family’s history, I started with my father’s side. They have an up-from-the-bootstraps, immigrant-makes-good type of story. Whether most of it is a family tall tale (a genre of storytelling my grandfather often enlisted) or true, I have yet to unpack. My point is they were easy to pick up because whether it was a story about life in Teocaltiche, Mexico or about their first few years in East LA they generally featured a poor but happy family. I mean, even stories about my grandmother going to the local bar to drag her husband home by the ear has a sense of, Oh, that guy! There isn’t a lot of pain or shame, at least none that is overt, and so finding material was easy. 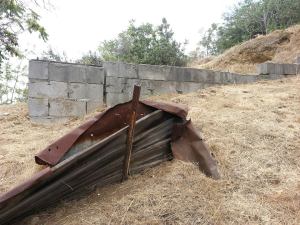 But my mother’s story is steeped in mystery. There is so much she doesn’t know and so much she doesn’t want to relive, and I feel it may be related to her family seeking a certain kind of success in this country. I think it’s because her family wanted to pretend they were something else. Her side is much more assimilated. Some of her siblings pass for white, and I think that’s what her parents’ wanted for their family, so the fact that their eldest daughter, my mom, was undocumented was a major source of shame for them. My mother has had a lifetime of trauma because of this, which was harder for me to look at, but toward the end of the writing the book, I realized her story needed to be told too.

The happy immigrant story is just that, a story we tell ourselves because it soothes the uglier feelings, but my mother’s story is much more honest. I started with the memory of going to Norm’s Diner because it was the first time I understood not all parts of Mexico nor all immigrant stories are the same. I’ll never forget how fast the host turned his back on my mother when he heard me say she was from Tijuana.

The poems in the second half of your book draw on your experiences as a volunteer with No More Deaths, a humanitarian aid organization in the Arizona borderlands. What compelled you to work in these front lines of the immigration battle?

I had a long interest in immigrant stories and immigration rights, and I think that’s because I always knew my parents were immigrants. From a young age, I felt personally hurt when I heard people speak negatively about immigrants because they were talking about my parents. While at CSU, Long Beach I was taking a joint Chicano and Asian American Studies class on immigration, and that’s when I first learned about the Chinese Exclusion Act and the poems graffitied on the walls of the Angel Island detention center. I wrote a research paper analyzing the poems and comparing them to ideas of displacement we were learning in class. I often say that it was this class that helped me see that my passion for social justice, immigrant rights, and poetry could all go together.

When I went to grad school, I continued this work by studying poetry written in Japanese internment camps in comparison to poetry written in Guantanamo Bay. I often tried to write persona poems inspired by my research, but my mentor, Eloise Klein Healy, pushed me to be more personal. I volunteered two years after graduating from Antioch University, but I think it was her words that pushed me to volunteer with NMD. I wanted to see what “the wall” looked like for myself. I was curious to know the reality of the border, and to report back on what I saw.

The first poems I wrote seriously as a new poet were about my family, but once I got into an MFA program, I stopped. When I think of my MFA experience, I’m generally happy and grateful for it, but I also find it interesting how academia can push a poet to be something she’s not. I think while I was in the program I was trying to make something more important than family tales and probably subconsciously something more white. I didn’t even really notice it while it was happening. It wasn’t until I started touring with the book and talking about my process that I became aware of the journey it took.

This book didn’t start coming together until the Arizona poems. Those came first. Once I had those, I asked a poet-friend to read the collection, and he asked me, “But why did the poet go out there? I want to know what motivated her.” That’s when I started thinking about my family’s story again. It became clear to me that the whole project was about honoring them as immigrants. So basically, it took me something like nine years, thousands of dollars, and a trip to the low-grade war zone of the Arizona borderlands to see that it was always about my family.

The book is subtitled Offerings of Witness and Refuge. In what ways do you see the poems as a refuge?

I see the Arizona poems as witness, but alone they are too frightening and too traumatic. I know there are thousands of people who have lived through crossing the border. I know there are people who are trying to survive in this country and who are frightened every day. I wanted to give those people something to hold on to. I wanted the book to give comfort to those who might need it. My grandmother poems are those poems of refuge. She was my comfort. I’m privileged to have grown up with a wide support system and more than one house with an open door to me.

I’ve been privileged to have a sense of security in my life, and so I wanted to give some of that feeling back to those who don’t. I generally think the Arizona/witness poems are for a white audience and the Los Angeles/refuge poems are for the gente or the brown folks. The brown folks don’t need to be told there is a low-grade war zone in our country. They already know it. They live it everyday, but they may need some comfort.

Video Poem, Our Lady of the Water Gallons

Photo Essay, The Immigration Project: 9 Days in the Desert

Women Who Submit | No More Deaths